You are here: Home / dev track / So, this animation gave me a cause of concern over AI…..

So, Between 2:50 -> 3:11 in the latest vid on 3.6, you can clearly hear him quote ” this would be your is Basic soldier and what he could do”
The Issue being that, “this” would not happen as In the time it takes that ai to run behind cover, he could have head-shot or double taped you…the only situation that would happen is if he did not know if the other person was a hostile and was avoiding resorting to violence. In all other situations, hed have blown him away.
I can see that little delay being exploited by the player to hell on ai, giving a huge advantage If you play a stealth/ambush playstyle youl know what I’m talking about, as I’m a sniper and a ambush/guerilla stealth shotgun user, if anyone did that to me, they’d be dead. You dont take chances or hesitate like that as you have to be aggressive in that situation, because the other guy already has the drop on you, being passive like that and your surrendering the advantage.. it makes no sense for someone in this situation, given the ai clearly has the intent to kill and is aware there is a hostile in the room…>If this was a real soldier, he would have double shot or unloaded a shotgun shell the second he saw the weapon in the hostile’s hands, if not the second he saw a body emerge from the counter. “The player should be killed for such dumb tactics”
“As a soldier you have two purposes, one is to kill, and the other is to avoid being killed” …to this end you use every method, weapon you can, but use the one that gets the job done.
-> In this situation, this “Ai soldier” failed to do either thing. He’d be dead. To this end… in my opinion This should be limited to a basic “Cop/ civilian ai” as it clearly shows a desire to avoid confrontation, then delegate the situation behind cover or open fire.
So my main question is: Did cig not have access to a military training officer or ex-soldier, would have pointed that out to them?

My thinking is, they got a casual gun slinger or an ex-cop or active cop to do the movement capture?

Please Re-asses this ai code and restrict it to “Non military trained AI”/b> ….aka non- primary lethal roles like the police, non-combative outlaw’s, smugglers or civilian AI under attack but who fight back.
This is not the behavior of a trained killer. 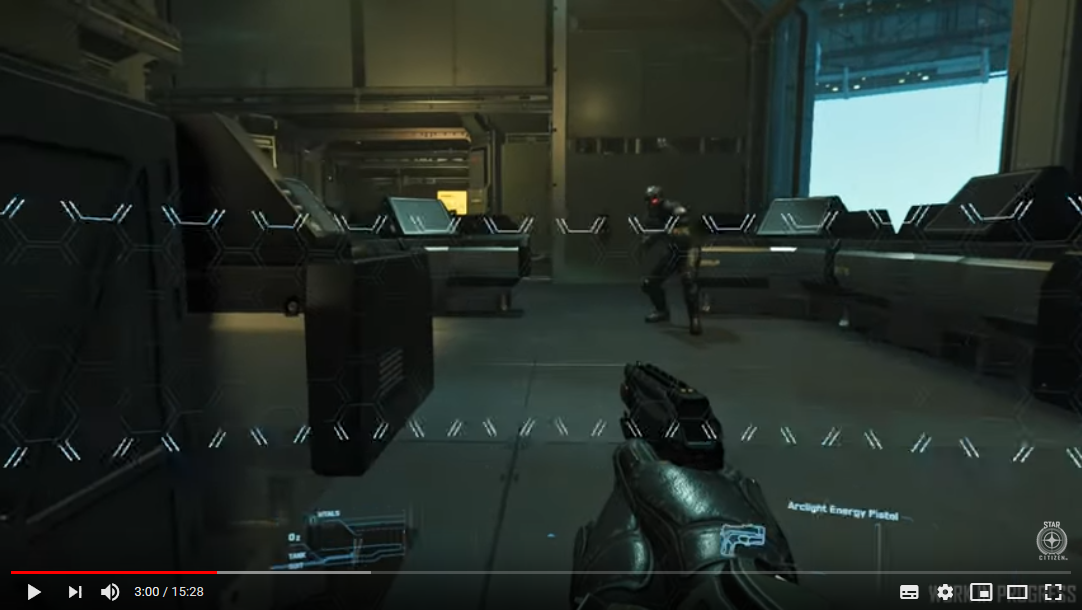 [This is when the AI should have shot] ^

As mentioned in the video clip above, we’re still getting some glitches and delays. Ideally, when it’s all smoothed out, the NPC will have a faster/smoother and much more lethal reaction to seeing the player :slightly_smiling_face:

The combat AI team has access to multiple people with military training, and their input has been fantastic.

Originally posted by Delta Lima Thank you to … END_OF_DOCUMENT_TOKEN_TO_BE_REPLACED

Originally posted by Rasmus Kane So I just had … END_OF_DOCUMENT_TOKEN_TO_BE_REPLACED

Star Citizen Patch 3.9.1eAlpha Patch 3.9.1e has been released to PTU and is now available to test!   Patch should now show: VERSION 3.9.1-PTU.5250536.It is strongly recommended that players … END_OF_DOCUMENT_TOKEN_TO_BE_REPLACED

Originally posted by Dhansak I am about to buy … END_OF_DOCUMENT_TOKEN_TO_BE_REPLACED

Originally posted by Flakbatgaming MY TIME HAS COME! Go to … END_OF_DOCUMENT_TOKEN_TO_BE_REPLACED