You are here: Home / dev track / Can we please turn off the film grain that was added in 3.6?

Even if you enabled it to hide shader banding in the sky, i’d rather have that than the film grain.

This is not a bug. This is r_HDRGrainAmount 0.5 that needs to be either made user-configurable or set to 0.0 by default.

Fix this, now. The reason you’re not noticing it, CIG, is because all your devs are on 4k monitors.

It is not because of the new dust storms or atmospheric tweaks, this film grain exists in space too, in every scene on every planet or in empty space. This was NOT here in 3.5 and previous versions. I merely chose these two screenshots because the atmosphere makes it much easier to notice in a static image, due to the clear pixellation of the grain causing variations in luminocity.

Yes, i am well aware that certain methods of rendering atmospheres, fog or weather effects, may result in color banding or pixellation due to a lower inherent resolution without dithering in said shaders, but that is NOT what this thread has been talking about for over a year now.

We’re talking about r_HDRGrainAmount, period. That’s it. No shadow bug, no z-flicker bug, no weather effects.

Thank you. I’m so sick of this thread.

Added a fifth screenshot with 400% zoomed in regions so there’s no possible way CIG cannot notice this.

It is obviously even more awful ingame, because it flickers, as film grain does, but still clearly visible in the screenshot.

It’s enabled in the engine parameters under r_HDRGrainAmount, CIG why have you not disabled this yet? It was NOT enabled pre-3.5.

[CVARS]: [CHANGED] CXConsole::LoadConfigVar(): variable [r_HDRGrainAmount] is marked [Not Whitelisted] with a value of [0.5]; config file attempting to change to [0.0] – IGNORING

Can we please get some proper dev response to this? I’m giving up. I really just want to know WHO at CIG enabled this in the first place.

I mean for nobody else in a 400 man dev studio to be aware of this is, quite astonishing.

What other changes could a random intern get away with, i wonder xD 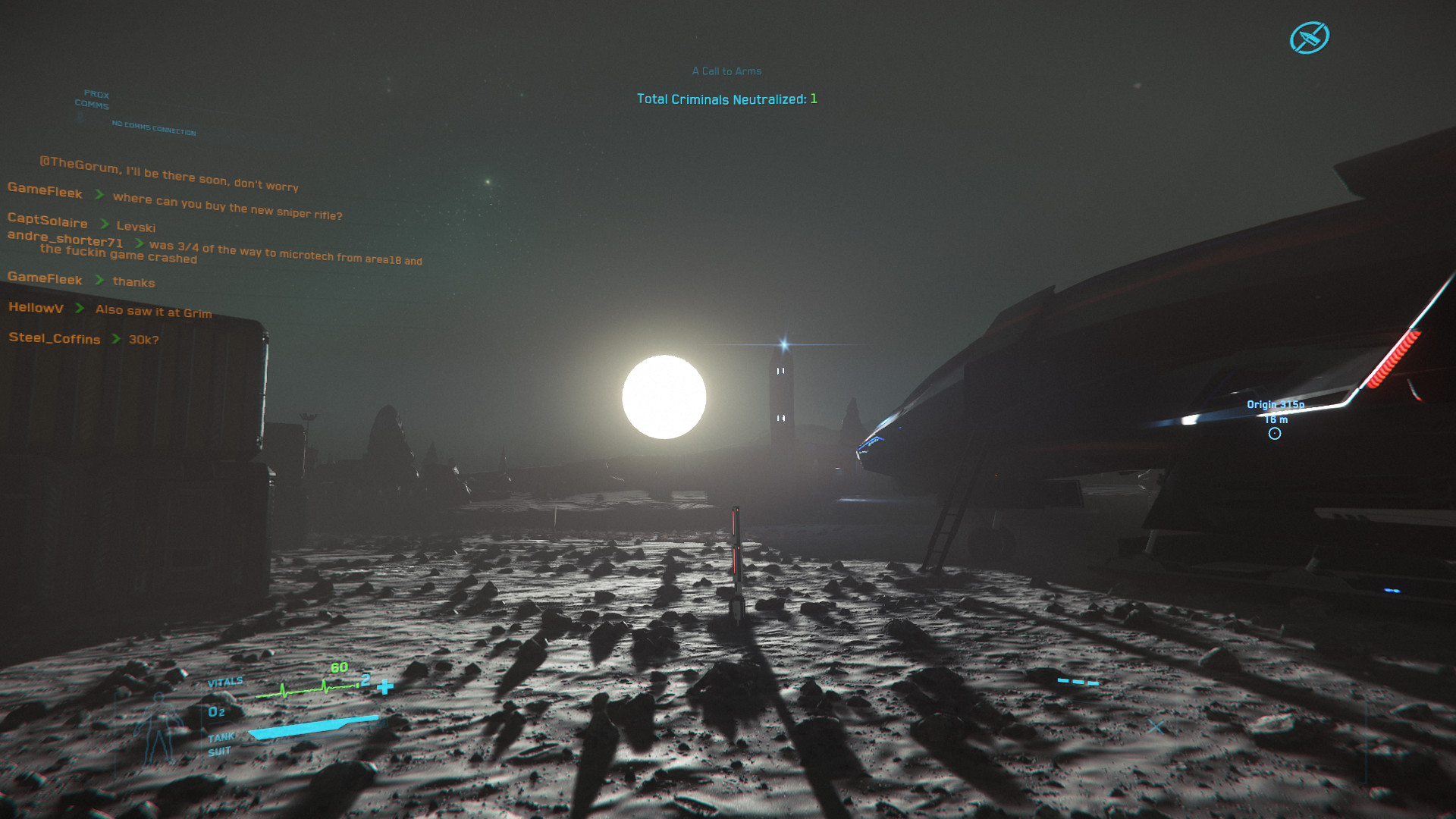 We will add a checkbox to disable Film-Grain most likely within the next Patch (3.8.1).

Sorry for the delay.

P.S. It’s not true that we use 4k monitors 😉 In fact pretty much everyone uses a Full HD Monitor.

Happy Friday, everyone!Each and every week, we accompany the Roadmap update with a brief explanatory note to give you insight into the decision-making that led to any changes. This is part of an … END_OF_DOCUMENT_TOKEN_TO_BE_REPLACED

Originally posted by Teufelaffe This post is a wildly uninformed opinion, … END_OF_DOCUMENT_TOKEN_TO_BE_REPLACED